Alcohol and Driving is a Deadly Combination

An average of one alcohol-impaired-driving fatality occurs every 52 minutes, claiming more than 10,000 lives in the United States each year according to the National Highway Traffic Safety Administration.

Drunk driving is 100 percent preventable. Don’t get behind the wheel of a car if you’ve been drinking. Drunk drivers are not only a danger to themselves but also to everyone else on the road.

How much can an average person drink and still drive safely?

No safe level of alcohol can be consumed prior to driving. Impairment begins as soon as alcohol can be detected in the blood stream, which can happen after even one drink. Attention, task tracking, peripheral vision, and reaction time are affected variably from individual to individual. Therefore, it is less safe to drive with any level of blood alcohol than with none. Persons with a 0.08 level show impairment in terms of critical driving tasks, including braking, steering, lane changing, making judgments, and maintaining attention.

What amount of alcohol results in 0.08 BAC?

The average 137-pound female would need three drinks on an empty stomach, consumed consecutively, to reach a 0.08 BAC level. A 170-pound male would have to consume more than four drinks within a 1-hour period on an empty stomach to reach that level. While certainly less safe than not consuming alcohol at all, two beers, two 4-ounce glasses of wine, or two ounces of distilled spirits consumed over 2 hours are unlikely to render the average person illegal to drive. 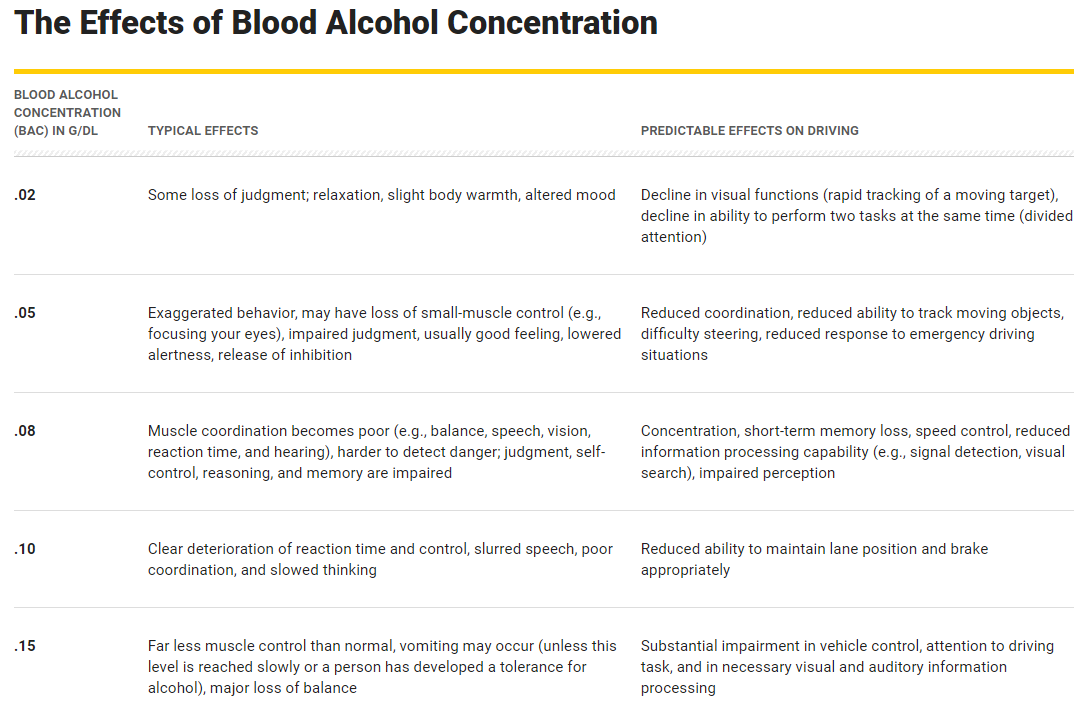